Viliya studied Drama, Dramatic Composition and Theatre Management at the national art school in Sofia. During her studies she worked as a radio journalist. There she was very active in the category „Theatre“. She made interviews and own radio reports. She has been a member of the theatre „Mimefire Theatre“ for one year. Here she took a lot of experiences with variete and fire dance. Mrs

Monovska did several artistical jobs in lots of countries. So she was invited to an international „Young theatre critics“ workshop in Slovenia and Romania. From July 2014 to July 2015 she worked in the circus Momolo in Jena. In 2015 she received training in the field of physical theatre and performance by Samuel Nunez. In 2016 she enacted  in the act „The Hunchback of Notre Dame“ in the summer theatre „Gohliser Schlösschen“ in Leipzig. In addition to it Mrs Monovska was the dramaturg and a puppeteer in the act „The Death of Tintagiles“ . In the act „Soul“ she will be a puppeteer again, but also a classical actress. 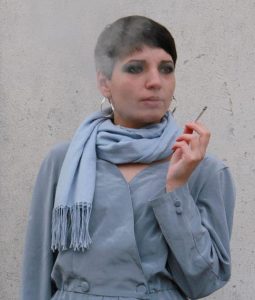