Mr Fochmann and Viliya Monovska founded the theatre group StreetBikeTheatre in 2012.This theatre group stage  several smaller plays and festival performances.  Mr Fochmann was the director and actor in these plays. From November 2012 to August 2013 he took part as a performer in the free theatre Fire Foundation in Sofia.

From 2013 to 2017 Florian Fochmann studied drama at the university in Leipzig. He is and was active in the free scene, but also at the theatres of the city Leipzig. He worked as an assistant director in the theatre and orchestra of Heidelberg in 2013 and at the theatre „Anhaltisches Theater“ in Dessau in 2016. He was the assistant director in the summer play „The ghost of Canterville“ in Leipzig in2015. The director oft this play was Tilo Esche. In 2015/2016 Florian Fochmann was responsible for the production „Woyzeck“ arranged by Olav Amende. In 2016 he enacted different characters in the play „The Hunchback of Notre Dame“. In 2016 Mr Fochmann directed the play „The Death of Tintagiles“. At the moment Mr Fochmann and the theatre group StreetBike Theatre are staging the play „Soul“. The premiere will be in „The Laden auf Zeit“ on 21th April 2018. In addition to this he leads the theatre group „Die Längstgeblümten“. Here the focus is mime and clownery. 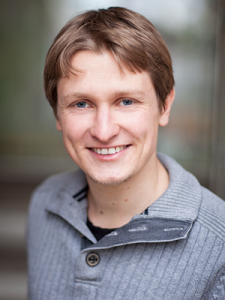